The real dangers of DeFi no one talks about! (Decentralized Finance) 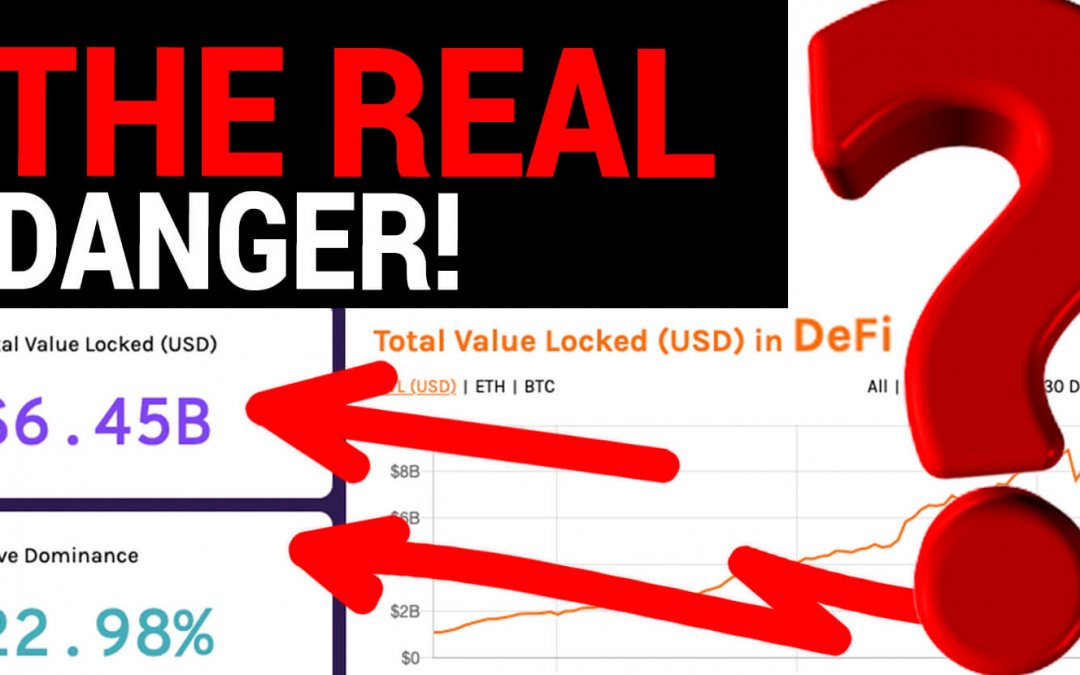 Are you old enough to remember the hype about everything that had to do with this new medium “Internet” in the late 90s/early 2000s? With DeFi we are currently in a very similar situation.

In this article we will therefore explore the great dangers of DeFi, which nobody is talking about yet…

Think about what might have been the first DeFi project to solve one or more of these problems…
Exactly: it was Bitcoin! Decentralized Finance does not only exist since the Hype 2019 or currently, but since the beginning of Crypto.

Bitcoin primarily solves the problems of “creating money” and “transferring money”. Over time, we are now moving more and more into the other areas, decentralized lending, decentralized exchange and tokenization.

What are the risks? What could stop DeFi?

One topic that is often discussed is state regulation. But could the state really ban DeFi? Let’s consider it on the basis of Bitcoin.

A large part of bitcoin consists of just mining and a numeric code or 24 words (a seed) that you can remember. Do you think you could ban randomly generated number codes or randomly strung 24 words? I think that would be extremely difficult. Maybe a state would manage to ban large mining farms in its country, but mining is something that each and every one of us could theoretically do on our own computers. So to ban mining worldwide and for everything and everyone – well, I think that’s also extremely difficult.

So we see: the only things that can be regulated or stopped at Bitcoin are the central interfaces. Central exchanges could perhaps be banned. One could perhaps ban large companies that have specialized in mining in a country and region. But Bitcoin per se, and its two functions (creating money and transferring money), practically cannot be banned.

How about decentralized lending and exchanging?

All of a sudden, through decentralized lending, everything and everyone has the possibility to borrow and lend money. Without the possibility of being excluded by a third party.

And through decentralized exchanges, suddenly everything and everyone has the opportunity to trade money. Again, without the possibility of being excluded by a third party.

This solves huge problems. There are countless people in this world who are excluded from the financial market by central parties simply because of their origin, their “race”, their religious beliefs and many more actually unimportant factors. People who would actually be creditworthy do not get credit because of discrimination. People are completely excluded from barter and trade due to discrimination. DeFi solves these problems.

But here we already come to the big danger…

We see it again and again on the internet and especially in the dark web. Nowadays a large part of the internet, and especially the platforms where people spend most of their time (Google, Facebook, YouTube etc.) are regulated. It is regulated which content may be posted – and if something does not comply with the guidelines, it’s censored.

But when we get to the few places that are not regulated, or when a mistake is made at these central points… then we quickly see how the Internet is being heavily abused. Child pornography, cyberbullying, shaming, hate speech… suddenly the Internet becomes a really unpleasant place, which actually does more harm than good to people.

And this is exactly the danger we face at Decentralized Finance. If something is not controlled, if something is not regulated, there are many great opportunities for people who have been wronged by central parties. However, we see time and again how in other areas this self-regulation fails completely and suddenly the very people who should benefit most from it – as in the example of the Internet before – are harmed.

And it’s on us not to let it come to that with DeFi. It’s on us to develop DeFi into something that helps people – all people – and is there for them. It’s on us not to let DeFi become something that makes it possible to oppress or force minorities even more. I therefore appeal to everyone in the crypto market to cooperate and to let this ecosystem around Crypto & Bitcoin become something for which it was originally intended: independent financial control for everyone.

Dr. Julian Hosp @julianhosp Weren't we supposed to be in a crypto bear market crashing to 20K? Isn't that what all the chart analysts including… https://t.co/BCVUelhL2r

h J R
Dr. Julian Hosp @julianhosp RT @aentan: Mobile app is coming to @defichain in Q3 2021. It's gonna be so fun to design and build it. https://t.co/UQNaPUrn1O