Liquidity Mining, risks and exchange function on a DEX explained 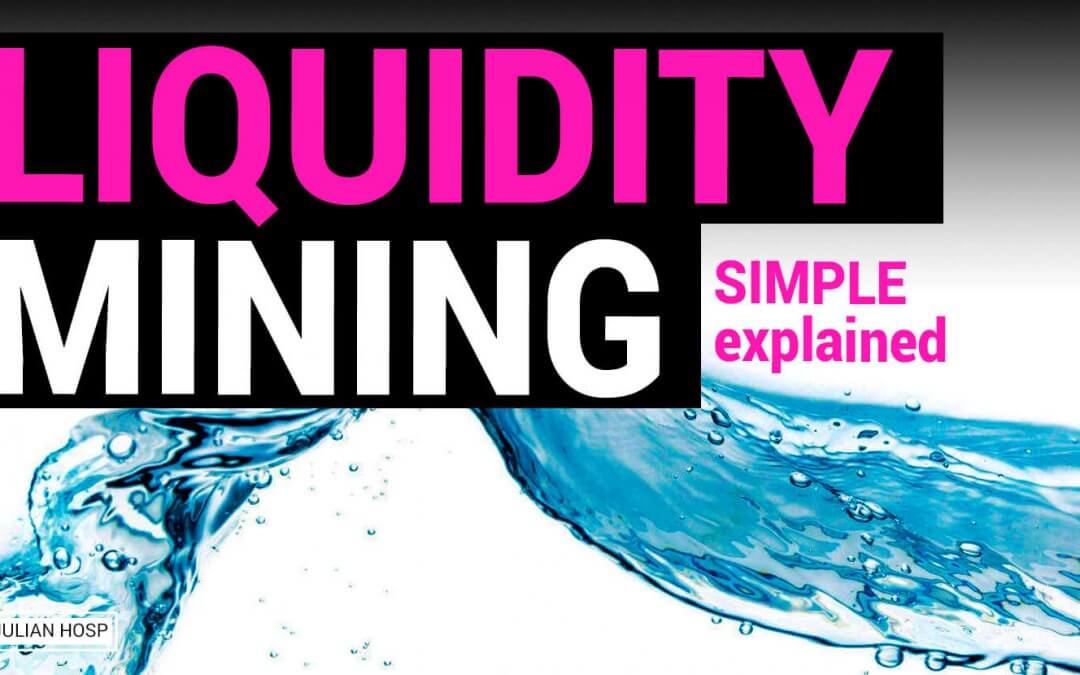 In the last article of this series we took a closer look at 10 criteria how to correctly evaluate a DEX.

This article will focus on how liquidity mining and swapping on a DEX work and what the risks are.

How the swap works: CEX vs. non-custodial vs. DEX

Swap on a CEX: There is a central order book through which all trades are executed. Buyers and sellers each enter their desired price and when the prices meet, a trade takes place.

Swap on a non-custodial Exchange: Sometimes also with an order book, but others also do it via price oracles like Chainlink. In any case it is not completely decentralized.

Swap on a DEX: Any real DEX processes the swapping via so-called liquidity pools.

Liquidity Mining is needed because there is no order book – there is no matching, and no price oracle, as these systems are always centralized and vulnerable.

So a DEX has no way to determine market prices via these channels. It needs something else: Liquidity Mining.

Liquidity mining means that always two trading pairs are fed into the system by independent liquidity miners, for example BTC-DFI.

These liquidity miners, who put money into the system, naturally want something in return: so-called Liquidity Mining Rewards, which, as with Bitcoin, are distributed by the blockchain itself.

These are calculated from the total Liquidity Mining Rewards of the Exchange, which can sometimes amount to more than 1000% APY, especially at the launch of the DEX pool.

The second thing Liquidity Miners get is a share of the exchange fees – in the case of the DeFiChain DEX for example, this is 0.2%.

Important: As already mentioned, Liquidity can only be added in pairs. So it is not possible to simply add, for example, 2 BTC to the pool, but 1 BTC and then in the case of DeFiChain DEX the equivalent of 1 BTC in DFI.

The decentralized exhanging/swapping works practically like Liquidity Mining – with the big difference that you don’t have to add a pair, but only one cryptocurrency.

If you now want to buy DFI for 1 BTC, you add 1 BTC to the pool and subtract DFI.

Ideally, you will receive the exact price of 50,000 DFI. (Realistically, as with any CEX or non-custodial exchange as well, you would receive a worse exchange rate for such a significant buy order – but we’ll leave that out of this example for simplicity’s sake)

So the pool would look like this after your purchase:

Important: Seen from the outside, the total value in dollars has not changed within the pool. However, if you were to contribute liquidity again, say 10% of the total liquidity pool, the trading pairs would have shifted:

Instead of contributing 1 BTC at 50,000 DFI you would now have to contribute 1.1 BTC : 45,000 DFI, since liquidity mining cannot shift the relative ratio of the trading pair.

The Solution: Since this example shows a kind of imbalance for a short period of time and since you can buy a lot of BTC for comparatively little DFI, there will be arbitrators who want to buy this BTC immediately “at a discount” and add DFI to withdraw BTC from the DEX. (in order to sell them on a CEX with immediate profit, for example)

In the long term, the ratio thus automatically balances itself out and always adapts to the real, independently determined value of the free market.

That sounds very simple. What are the risks?

There are 3 different kinds of risks with a DEX.

In this article you have now learned how exactly the exchange function of a DEX works, what Liquidity Mining is and how it works, and what the big risks are when using a DEX.

In the next part of the series, we will now take a closer look at the third risk mentioned, the impermanent loss, and analyze in detail what exactly can happen, how it happens, and how likely such a scenario is.