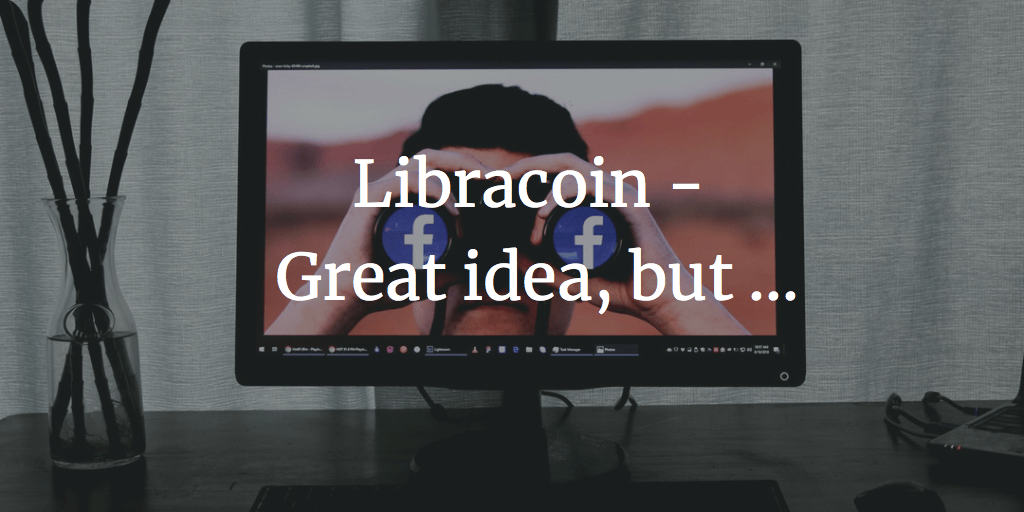 The subsidiary of Facebook – Calibra – develops its own currency – the Libracoin. What this is all about and why I was very skeptical about it at first.

First of all, what exactly is a Libracoin?

A Libracoin (can also be translated as a freedom coin) is a stable coin and enables smooth payments in various countries. In South America, in Asia I no longer have to pay attention to the exchange rates of the currencies and can send and receive funds internationally with low fees using Libracoins. With Calibra, Facebook has announced its own wallet that will be integrated directly into WhatsApp and the Facebook Messenger. This makes cashless payment much easier.

What is so special about Libracoin?

The special thing is that Libra, a non-profit organization, was founded – the Libra Association https://libra.org/de-DE/  with many well-known companies like Mastercard, Facebook, Uber, Paypal, Spotify, Ebay and many more (see graphic of Libra Association). When the Libra currency is established, a large ecosystem is created in which people from all over the world can not only earn with Libracoins, but also pay with it. So both the driver and the passenger can use Libracoins and pay the transaction almost without any fees.

First of all: Libra and Facebook are two separate companies. Nevertheless, there is a suspicion that Facebook could use sensitive user data. The implementation of privacy is therefore a point of criticism and it is still unclear how this will develop. Facebook points out that Calibra’s financial data is not linked to the social network’s advertising profiles, but the details are not really clear yet.

– I’m still sceptical about the privacy of Libracoin, which hasn’t been clarified yet.

– The increasing internationalisation of Libracoin is very positive.

– The Libra Association has members such as MasterCard, Visa, Uber, Spotify who are strongly helping to develop an ecosystem for the Libracoin to make the Libracoin suitable for the masses.

Enclosed my video with more details about the Libracoin:

Video about Calibra and the Libracoin:

You can find the complete whitepaper under Libra here:

Furthermore, if you do not follow me on social media yet, here are the main channels:

Dr. Julian Hosp (www.julianhosp.com) is a world renown blockchain expert. He co-founded a Singapore based company in 2015 that has received over 100M USD in funding and grew it to close to 100 employees before stepping down as the president at the beginning of 2019.

Prior Julian was a 10-year professional athlete and a medical doctor. He is the author of several bestsellers such as „Cryptocurrencies simply explained” and “Blockchain 2.0 – more than just Bitcoin”, which have been translated into 15 languages and has sold over 100,000 copies: www.cryptofit.community

He was named one of the world’s top Blockchain and Cryptocurrency experts and also works in blockchain groups with the European Union on topics such as regulation, social impact and economics.

As a Speaker of the Washington Speakers Bureau, he is frequently invited to global tech and entrepreneur events as well as government summits around the world and he is also a regular commentator in the media on current blockchain trends, the future of cryptocurrency and best practices.

Dr. Julian Hosp @julianhosp Only a few can ever be called #TheGreatest. Michael Jordan - yes. Muhammad Ali - yes. It would be his happy birthday today.