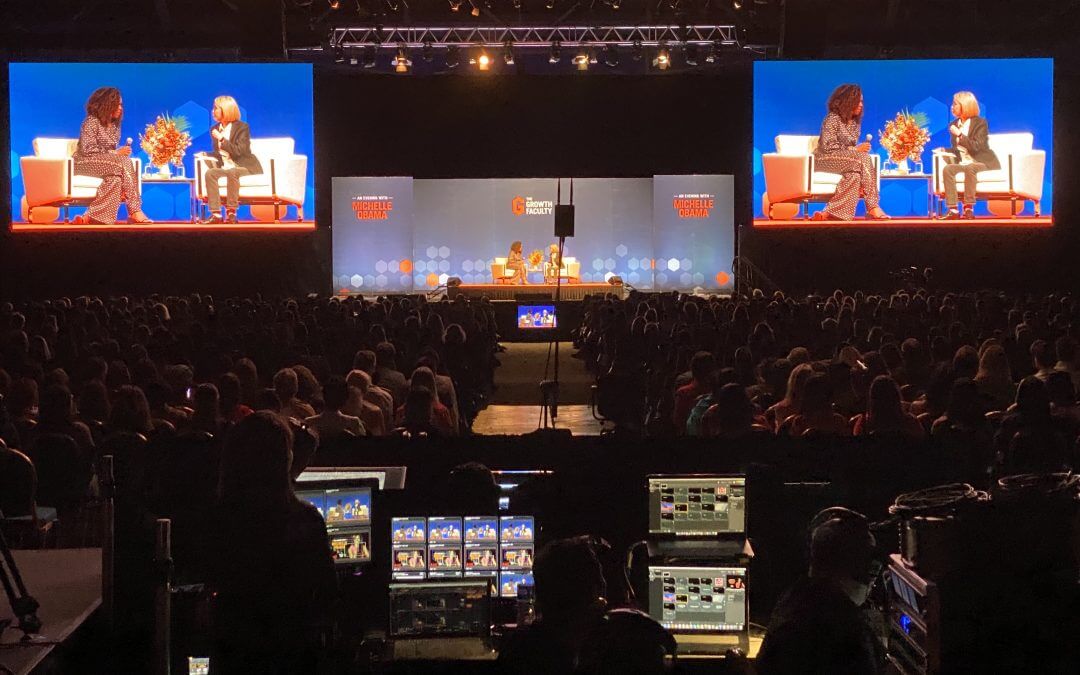 On Saturday I had the honor to see the former First Lady of the USA, Michelle Obama, live in Singapore.

The almost one and a half hours with her were really impressive, and so I wanted to give you my three most important lessons:

Michelle Obama, who is now one of the most popular people in the world, told in detail how hard she had it with the press and social media at the beginning. She told how the media beat her up, called her a monkey, or personally attacked her as a human being. I think we can well imagine how difficult it is to be a public person and to be completely attacked. I found it all the more exciting how she told us how, step by step, she learned to remember that every time she was attacked, she had to put an even higher moral at the table. Hence, the saying: “When they go low, we go high”. This was an important point to remember.

2. Life in the White House

When she talked about her life in the White House, it was not so much for me to learn, but much more exciting to hear what things happened to her that you don’t think about at first. For example, she told us how complicated it was to bring her children to see friends. The Secret Service had to search the house with three cars and 20 people, dogs searched everything for weapons and drugs and there was constant surveillance. I think sometimes everyone secretly wants to be a famous person or a public figure. However, if you then notice the hurdles and the effort of the resulting side effects, you are extremely happy about your privacy. Of course, I am happy to be a bit known, but I don’t want to become a world-famous superstar without privacy. When I listen to her stories here, it sounds like absolute horror.

3. Being a parent is hard

Michelle told us in detail how difficult parenting is. Of course, she and Barack were under extreme pressure as a presidential family, but she tried to give examples that could be met by normal parents. I don’t have any children with Bettina yet, but it was extremely exciting for me to hear what challenges Michelle had as parents. For example, that you always have the other partner as number one, and not the children. Or that at the dining room table you put the conversations with the children first and not your own stressful everyday life. And that you don’t miss important events and experiences of the children at school despite the hectic pace. These were a few good preparations for me, who, besides business, hobbies and friends, doesn’t want to and shouldn’t miss the important life events of one’s children.

Finally, I must honestly admit that I was one of the few men on site 🙂 . Most of the people present were women who clearly could put themselves better into Michelle’s shoes with the challenges, goals and stories. Nevertheless, the one and a half hours were extremely rewarding. On Monday we will meet the former president Barack Obama – here I’m even more looking forward to some of his stories. Let’s see what I have to share here.

Have a nice Sunday