The value formula – the most important formula for finance, economics, etc. – applied to Bitcoin! 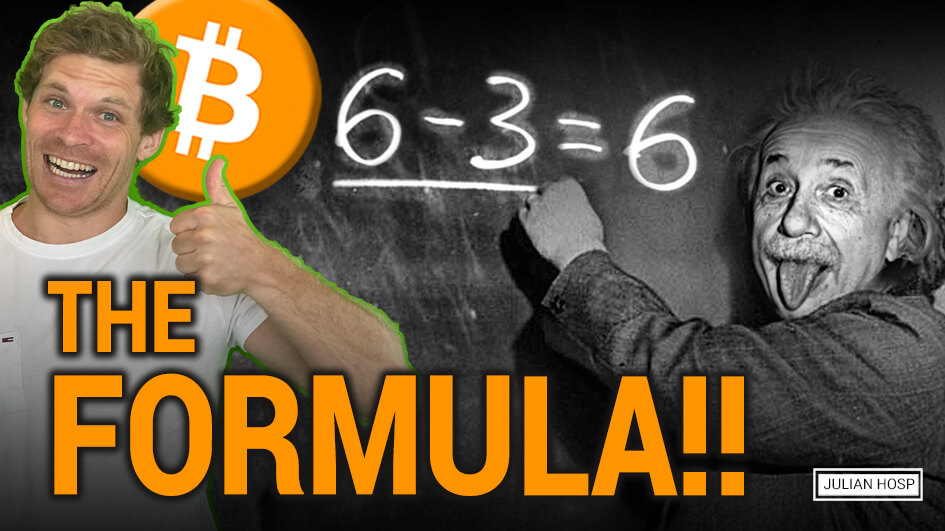 What has value? What is value anyway? Is value really in the eye of the beholder alone, or can value somehow be determined objectively?

Today I would like to give you the formula for exactly this essential concept “value”, which hardly anyone understands.

I use this formula in everything that is somehow related to business or finance: investing, but also in my own businesses and key decisions.

The value formula helps me to always assess a value fundamentally and objectively – and already helped me many years ago to correctly assess one of the most lucrative investments of the last decade, namely Bitcoin.

The important thing to understand here is that price does not equal value.

The price of something is equal to the demand divided by the supply.

Nothing has inherent value.

Anything can have value.

If this were taught so simply and clearly in schools, many of our economic and social problems would be solved forever.

Let’s use the value formula on Bitcoin as an example.

The price of Bitcoin fluctuates from second to second, and is a complex interplay between demand and supply.

The supply of Bitcoin is capped: There will never be more than 21 million of them, and currently there are about 18.7 million BTC in circulation. About every 10 minutes (every block), 6.25 Bitcoins are added. The only question is how many of these Bitcoins are actually freely available on the market.

The demand of Bitcoin simply depends on how much buying interest there is in the market at the moment. Of course, this can change very quickly: For example, if a very large buyer suddenly arrives, demand may increase sharply.

Both variables can change the price. If fewer Bitcoins are offered, this automatically raises the price. If more Bitcoins come onto the marketplace, this results in greater selling pressure. The reverse is true for demand. Price = demand divided by supply

The value of Bitcoin is not determined by the price, and may even deviate greatly from the price in some circumstances. Actually, the greatest opportunities always arise in these moments.

To determine the value of Bitcoin, we simply use the formula Value = Utility * People * Scarcity

The only thing we then need to do is define the three variables utility, people, and scarcity for Bitcoin.

We have already answered the scarcity of Bitcoin above: there will be a maximum of 21 million Bitcoins.

The utility of Bitcoin is that of a digital asset which cannot be censored.

The number of people who use this utility is the most difficult to determine and varies the most. What can be said for sure, however, is that this variable has been steadily increasing over the long term.

The two properties of scarcity and utility lead to the Bitcoin-Gold analogy. It states that Bitcoin is digital gold due to its characteristic of being a scarce commodity that is resistant to censorship.

It can be concluded that should Bitcoin be used by a similar number of people as gold, it will reach gold parity. This would lift the price per Bitcoin to around $500,000 USD, which is why I stated this as a long-term Bitcoin price target back in 2017 in my book “Cryptocurrencies Simply Explained.”

So with Bitcoin, the value formula already helped me many years ago to correctly assess one of the most lucrative investment opportunities of the last decade, and I hope it will also accompany you on your way in the future.